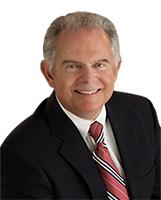 I just wanted to let you know that it has been fantastic doing business with you Mr.Eddie Cooke, I'm looking forward to do more business. Really appreciate you the way you communicate throughout the loan application process.

I have followed Eddie for over 20 years, excellent communication, service and detail. Highly recommend. Thanks, Melissa Davis

Great service in timely manner. Eddie was always available and always more than willing to help and answer questions.

I called Eddie because of a reference. When we first talked, he listened and seemed to believe what i told him. After checking on what i had said, Eddie said it seemed he could work with me and try to put a package together. I told him the VA appraiser would undercut the appraisal, and when that happened, instead of stopping, Eddie believed what I had said earlier, and still worked out a package that would put my home under one mortgage. He took the extra step and that makes a person fill that they are a value . Thank you Eddie Cooke. Also Tiffany Lejeune communicated through her e-mails very well, and there was no problem there. I have not been able to open the e-mail from Janet Eich that has my Appraisal. No matter how i tried to open, the instructions were not there to follow. Again THANK YOUR team for their efforts.

Thank You to Eddie cook and his team !! They did a fantastic job for us

Eddie was great to deal with! We had trouble with a few other lenders giving us the run around and trying to push us one way or another. Eddie was very patient, direct and told us what we needed to move forward. The process was ridiculously simple! The only regret I have is that I didn’t start this journey with Eddie and CMG! Would have saved me a lot of stress! Thank you Eddie

CMG Financial is a well-capitalized, privately held mortgage-banking firm founded in 1993. The company makes its products and services available to the market through three distinct origination channels including Correspondent Lending, Wholesale Lending and Retail Lending. CMG Financial currently operates in most states, including District of Columbia, and holds federal agency lending approvals with HUD, VA, RHS, GNMA, FNMA and FHLMC. Throughout the mortgage banking and housing markets, CMG Financial is widely known for responsible lending practices, industry and consumer advocacy, product innovation, and operational efficiency. © 2020 CMG Financial, All Rights Reserved. CMG Financial is a registered trade name of CMG Mortgage, Inc., NMLS# 1820 in most, but not all states. CMG Mortgage, Inc. is an equal opportunity lender. Tennessee Mortgage License # 109401. To verify our complete list of state licenses, please visit www.cmgfi.com/corporate/licensing and www.nmlsconsumeraccess.org.